Then, one magical day, the city's own public helper elves came by and sucked up the leaves. Or, sucked at the leaves. 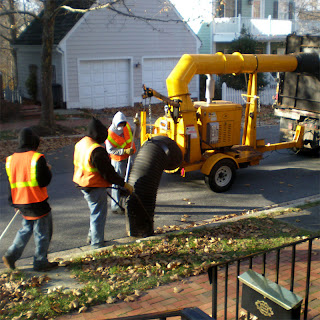 The moral being, if you know someone who works for the city, buy him a sixer and let him get you a job. It may be menial, but at least it pays well.