I was just thinking today (and have been lately). Generally, there are about two types of people anymore: Mopes and the Insecure. Mopes and the Insecure account for roughly 90 percent of the local (cough*Americans*cough) population. The rest, the outlier population (the inhabitants of Middlespace, USA) make the art, produce the fodder, shake the cans, annoy the masses, print bumper stickers, and start wars for financial gain (by convincing the Mopes and the Insecure that war is a good idea). 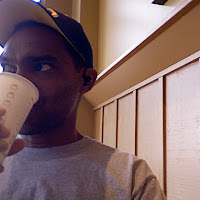 Check it (sorry, "for instance"): George W. Bush is a mope, clearly. It's been proven a thousand times over. Pauly Wolfowitz is horribly insecure, duh. Dick "Cyberman" Cheney is neither. See?

Keep in mind, though, that these and many other categories, sub, and sub-sub categories are wholly flexible; you can enter, exit, and coexist across categories (certainly, there are plenty insecure mopes). While there is mostly little to fear from Mopes and the Insecure, one should always be wary. As much as you pity them, they can be unpredictable and oftentimes wild when they are trying to impress.

And, before we get too far (unless we've gone too far already) this isn't science. This my friends and pupils is opinion. I see stuff. I know, I know, "What we need more of - is science," right? But, shit, my eyeballs aren't wrong, they've been pretty accurate for 41 years so far.

Mopes: The category, Mope, includes your dummies (and their dumbass cousins), purposeful self-monitors, people who invite you to a bluegrass concert that happened to have happened four years ago. Mopes listen (still) listen to the Dave Matthews Band.

Chevrolet owners. People believe that taking off your shoes at the airport is doing something important. It's not that mopes like bad beer, but mopes don't have a clue about what good beer tastes like. Jeans & flip-flops. All-fat diets. Starbucks (tm) (and its employees(tm)). Muscle T. Kids are mopes, but good mopes.

The Insecure: These are your followers, those striving popularity, the talkative, sluts, club members (cough*fratrat*cough), and gun owners. Bluetooth earpiece owners/users aren't necessarily mopes, but they are mostly insecure. Teen-agers are grossly insecure as are the obese.

Bodybuilders. Elective boob implatees. Oddly, the insecure love hugging, voting, and spending tons of money on you. Lo-fat diets. Thugs (give a thug a hug!).

This isn't a superiority plea. I don't really care. I'm as mopish and insecure as anybody. I'm just telling you what I'm seeing lately. Take a look yourself. Most behaviors and interactions can be analyzed through the dual prisms: Mope and the Insecure.

That's it for now. Like I know what the fuck I'm talking about.