Neither (Liberal) Nor (Conservative)

1. If I were one Mr. John Donald "Don" Imus, Jr. now of WABC-AM raidio, the very first words out of my mouth this morning would be, "Yo nappy headed hoes! What up, bitches?!" 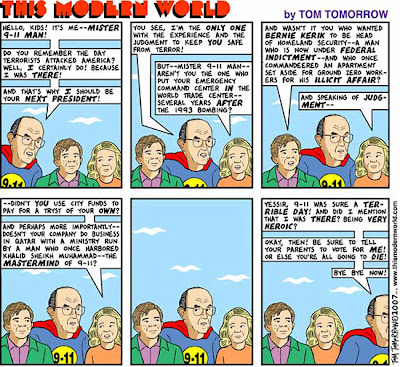 3. From my white male friend in the New England:

Don't forget, too, that the incident at Hillary's HQ in New Hampshire should be recognized for what it depicted: Terrorism in Amerika is by WHITE MEN IN SUITS! I loved it, a fucking straight-looking white guy in a tie. Could not have been better.

Who the fuck cares if he got fucked by the entire priesthood, the symbol is there: White men suits = terrorism! I fucking love it. It's the symbol, man. Imagine the reverse: Some Mexican undocumented father pressed to the breaking point by rich white republicans trying to isolate them from Amerikan society, or worse, an Middle Eastern person -- all of a sudden middle amerika would be in lockdown and Mississippi police would be pulling over anyone with dark skin -- ****** might even lose his new job!

Even my stupid little town. I keep wondering when some city counsellor will have the nuts to go to a meeting without wearing a suit.