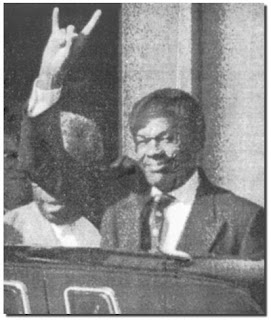 WASHINGTON -- Marion Barry told WRC Channel 4 last night that he is talking to his lawyers and thinking about suing the D.C. government and the U.S. Park Police after he was stopped, arrested and then released this past Saturday.

Barry said the officers asked him for his license and registration and then said that his license was suspended.

My man likes him some janjaweed.