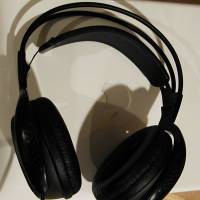 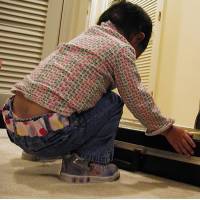 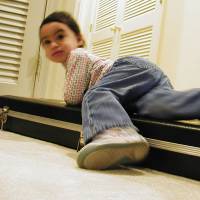 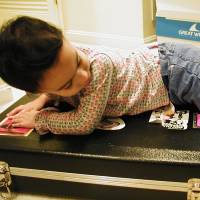 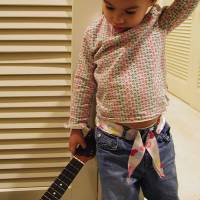 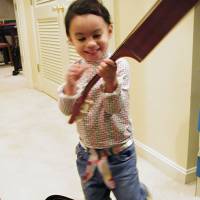 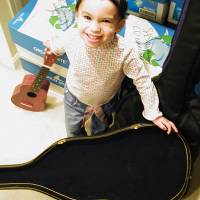 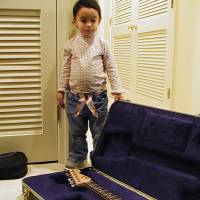 Good roadies/techs are hard to find.

Although I’ve gained a newfound appreciation for the song (the craft, hooks, construction, etc.), I cannot remove myself from the album. The big piece, the opera, the whole rodeo. It’s like continents fitting together to form a planet, or better, finding the right planets to construct the perfect solar system. Song = hard. Album = impossible. Why sell your art short?

I just had a complete shift in thought. I have always been pro-album. As in the songs should be taken in context, the album as "whole," etc, that kind of shit, you know what I mean.

Noise, amp buzz, street sounds, it's all part of the final package.

You’re right about wanting that message in a bottle to come back to you. I mean, what do you put in a bottle you throw in the ocean? Your address so you can get it back. But getting it back isn't the important thing, it's the person bringing it back - you FOUND that person. You and this person are now connected in a way you aren't with anyone else. Possibly this is the person you were looking for? Or maybe it's to see if you can effect change over great distances in space or time. Yeah, that too.

For example, I prefer headphones and conceptual, obtusely narrative albums because those aid me in the hijacking. The experiences I create are intended for full immersion rather than background or sing along music. And it's has more than a little to do with the fact that I don't perform live anymore. And the experience, if successful, should continue after listening by posing questions, leaving messages, creating mysteries, and establishing a compelling and reflective (if imaginary) world to be considered between listenings.

Being half white/half black, I’ve always felt comfortable making both highly uncomfortable. That’s why I drove people like R.J. crazy. Not from a race perspective, but they can’t comprehend what I’m doing or what I’ll do next.

I’ve always wrapped my art around the conceptual. As far as audiences, I maintain that I make stuff for a limited audience, but I really make stuff for me to rediscover many years in the future, what I call future gifting. I’ve spent most of my adult life stumbling across future gifts. It’s like finding stash from last winter in your heavy coat.

I wish I had a pony.

We, the family, were talking over the holiday about the supposed demise of albums (CDs, etc.) because, as we are being told by some pundits, everything will be available electronically and everyone will just go out and download (buy or not) what they want to hear, etc. We all agreed that this won't happen as quickly as some say (some are saying by the end of this year). As I was listening to "The Wall" (the album), one of Petey's presents, I realized another reason it won't happen that easily: many albums exist in their form for a reason. Albums are wholes with the parts generally in intentional arrangements. Infinite mixing, unlimited electronic shuffling would be tantamount for many albums, many artists, to shuffle reading a novel -- chapter 12, chapter 3, chapter 43, chapter 8, chapter 34. (Of course, I suppose albums can become single files -- i.e., a single "son.")

Anyhow, good you're working on this. Must be a creative thing in the air. About a month ago I began working on a bread cookbook that I have been mulling over for years (I do a lot of bread baking - have published many recipes). Something in the air? 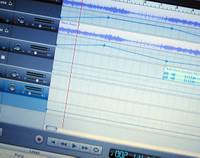 So now it begins. It's wonderful how easily the mind slips back into create mode. 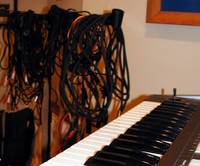 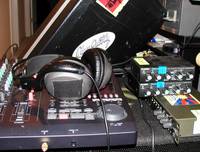 Yeah, I've had a similar shift too.

I enjoy songs. If a group is not up to an album, they make two good songs and fill with shit.

I've just started a new project. I'll know when I'm finished. Maybe a couple long songs, or an album. I don't know yet.

But, it won't contain a bunch of filler since I'm not making it for a corporation and have "contractual obligations."

But, there are still classic and perfect albums; full pieces that deserve the room.

But, yeah the fucking devil. Great title, by the way: "The Fucking Devil"

Excuses behind me, loads of work before me.

I'm getting kind of old to again make the best album ever. This might be it. You know, "it."

The Floods of Lexington Pacheco

Here we go...all these ideas I've incubated (all somehow magically lost right now) over the years are ready to do something.

The best thing about this effort will be getting it out of my head. 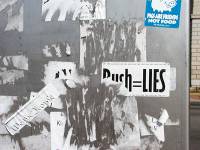 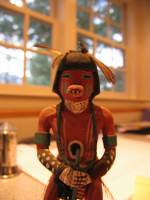 It's a long story.

They say write [about] what you know
But what if you know very little or practically nothing?

What if the only thing you know about
Makes little or no sense to anyone – including yourself sometimes?

There are the absolutes

I know that fire is hot; it also burns and you can cook with it
I know I cannot breathe under water

I know that if my heart stops beating, I’ll die
I know if I don’t eat, I get awfully hungry

But about the pain and confusion
About the pondering and observations?

And the loss of vocabulary regarding
Banal discussions about lines or weather?

Does anyone really care?

I know it’s all going to come to an abrupt and brutal end
I know, I know, it’s all so depressing

I suppose the answer it to not write - this I know

It's complex, really
Chemistry of the brain
and the tweaks and nudges
We add
50 milligrams, or so, at a time

Get over your disrespect
Educate yourself
This is it
And we're all in the together
in this short, short life

Make fun not wars
Vacations for the arts
Inorganic in conjunction with the organic
I suffer no trauma, doll

Deep, very deep
Inside the brain

There's a place I go
A space I go

In the middle
You get the drift

To that end, it was crucial to curb formal education and abstract thinking.

Binge over, of sorts, I've been to the top. The core.